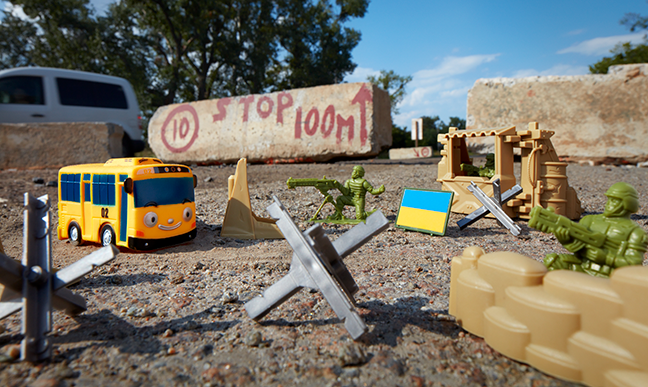 Whether your mission is to tell the story of your community, preserve a specific history, or is to share art and culture, there are new exhibitions in our roster to meet your needs.

Our newest offerings are listed below:

Venture backstage into the golden age of Hollywood in this exhibition that explores the photography of Bob Willoughby.

Featuring the work of twenty-five artists working between 1960 and 2016, Called to Create also includes work by notable artists such as Leroy Almon, David Butler, Alyne Harris, Charlie Lucas, Mary T. Smith, and Luster Willis. These artists draw on their imaginative powers, allowing them to create a world that summons the divine and activates truths that are instructive.

This exhibition will explore legendary American author Ernest Hemingway as a person, an artist, and a pop culture icon through the lens of comics.

This penetrating and transformative photography exhibition draws from twelve years of work created by grant winners and finalists from The Aftermath Project, a non-profit organization committed to telling the other half of war stories, after the conflicts have ended—what it takes for individuals to rebuild destroyed lives and homes, to restore civil societies, and to recover the heartbeat of humanity.

Intentionally damaged negatives from a WPA commission led artist Joel Daniel Phillips and poet Quraysh Ali Lansana into a multi-media project that explores complex intersections of representation, truth, and power. Adapted from a forthcoming exhibit at Philbrook Museum of Art, the artist and a group of noted American poets explore crucial concepts that are at the center of our contemporary society.

Portraits of Dementia destigmatizes those living with dementia through moving portraits and stories of lives well lived.

Shutter and Sound: The Jazz Photography of Bob Willoughby

Bob Willoughby is perhaps best known for his candid photographs of famous Hollywood actors; but before taking photos on film sets, he captured many images of jazz musicians. His photographs stand out because of their realism and immediacy. Working in difficult lighting and crowded conditions, these images are jazz improvisation made manifest: they give the viewer a sense of vibrant intimacy as he captured wistful singers, jamming musicians, and enthusiastic audiences.

The 60s through the eyes of a revolutionary, by John “Hoppy” Hopkins

Born in England in 1937, John Hopkins, better known as “Hoppy,” was one of the best-known counterculture figures in London in the 1960s, not just as a photographer and journalist, but as a political activist as well. The 60s through the eyes of a revolutionary, by John “Hoppy” Hopkins tells this story through 66 framed works by the late artist, activist, and photojournalist.

The Perfect Shot: Walter Iooss Jr. and the Art of Sports Photography

Over his long career, photographer Walter Iooss Jr. had the opportunity to work with some of the greatest athletes of the past sixty years, capturing on film carefully crafted moments of triumph and disappointment—universal emotions that athletes and non-athletes alike know so well.

Tuned to the Spirit: Photographs from the Sacred Steel Community

Tuned to the Spirit offers an elegant, sensitive, and deeply respectful portrait of music-making and worship in African American faith communities that are set apart by their embrace of the electric steel guitar as a primary instrument of praise.

Since 2011, internationally recognized photographer Brian McCarty has been collaborating with children who have been affected by conflict on a unique project titled War Toys, which is now active in and near Ukraine. The project invokes principles and practices of expressive art therapy to safely gather and articulate children’s accounts of warfare.