Stories about A Cast of Blues 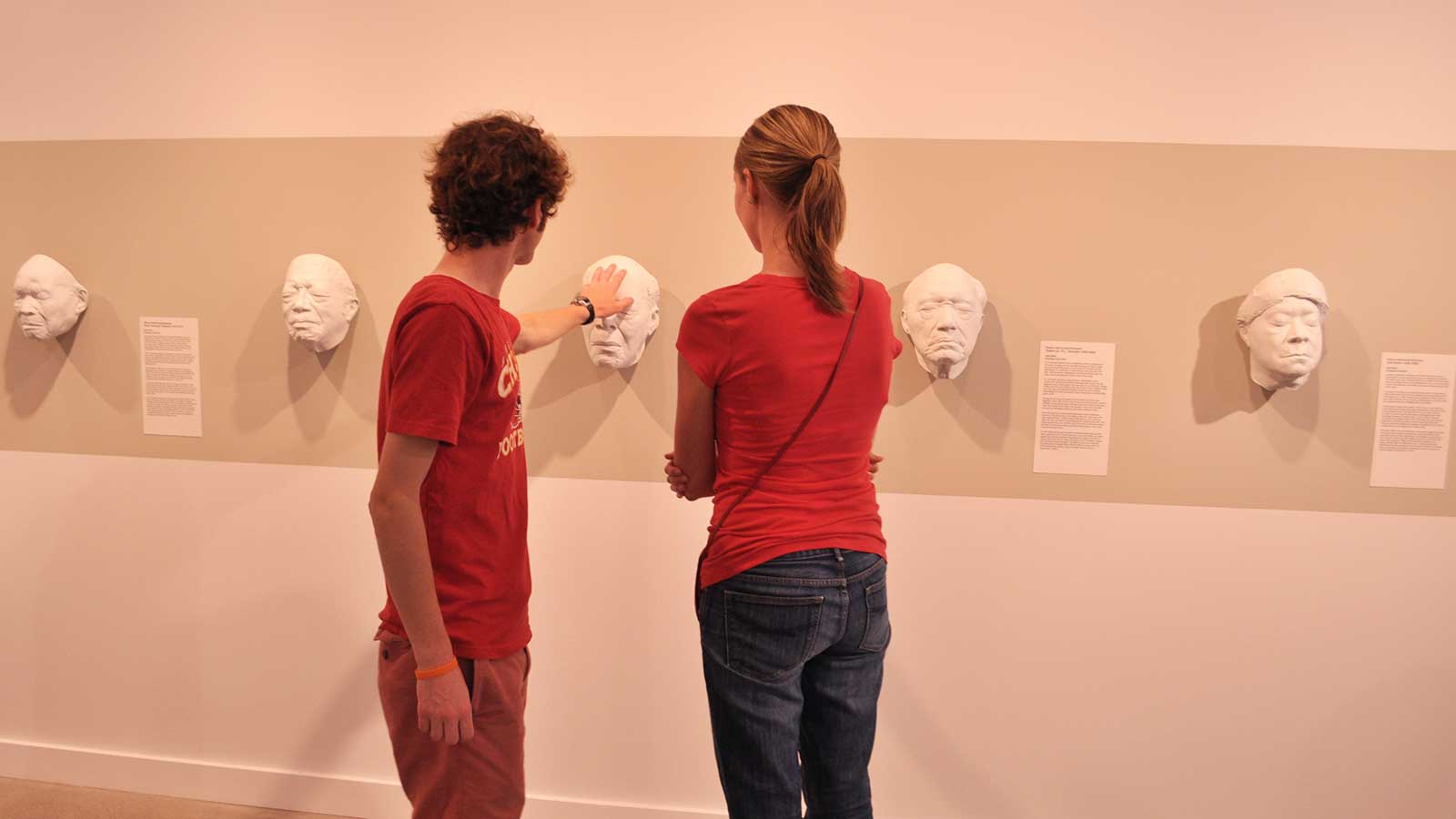 The tour for the exhibition A Cast of Blues was recently extended into 2024. The exhibition features 15 resin-cast masks of blues legends created by artist Sharon McConnell-Dickerson who is blind, and 15 color photographs by Ken Murphy of blues artists and the colorful juke joints in which they played. As we ready this exhibition for its extension, we thought we’d share these stories from some of the previous hosts of the exhibition.

Visitors’ experience
From the Kennedy-Douglass Center for the Arts in Florence, Alabama, “This exhibition was a multi-sensory experience our visitors enjoyed. The ability to touch the casts and listen to the music was an instant draw into the exhibition. ” They added, “this exhibition and film screening was perfectly timed for the W.C. Handy Music Festival in Florence. The festival headquarters is also located at the art center and the exhibition experienced a lot of traffic from out of town guests as well as local visitors. The most exciting stories were those of festival goers that follow the blues that had actually been to some of the juke joints photographed or mentioned in the materials.”

About the content
From San Jacinto College in Houston, Texas, “The San Jacinto College community loved this show! The students were surprised by the ‘encouraged to touch’ mentality and several employees returned to the show several times to read the extensively researched content. I would often hear students playing the interactive instruments and commenting on how ‘cool’ the show was.”

From the Camden County Historical Society in Collingswood, New Jersey, “Learning about the history of blues musicians from all points of the U.S. and to understand the strength of how one overcomes a disability such as Ms. Dickerson’s. Listening and reading the stories of the different ways the blues played a major part in each of the artists lives.”

Making local connections
From Frisco Heritage Center & Museum in Frisco, Texas, “We were able to tie this exhibit in with a separate smaller exhibit on our own local blues legend ZuZu Bollin. It really helped to highlight our own local history and give deeper context.”

Making personal connections
From a colleague at the Visual and Performing Arts Center at the Oklahoma City Community College in Oklahoma, “I’ve never really been drawn to the blues. I’ve even gone as far as remastering the recordings of Bessie Smith, Ma Rainey and Robert Johnson to better understand the blues. This exhibit made me realize the roots of the blues, its importance to the music of the 20th century, and most importantly its human origins and base. To look at and to read about the people, places and sounds included in A Cast of Blues; caused the seed I have been nurturing, regarding the blues, to blossom. It also gave me insight to the culture I’m passing through.”

Make your own connections with A Cast of Blues.